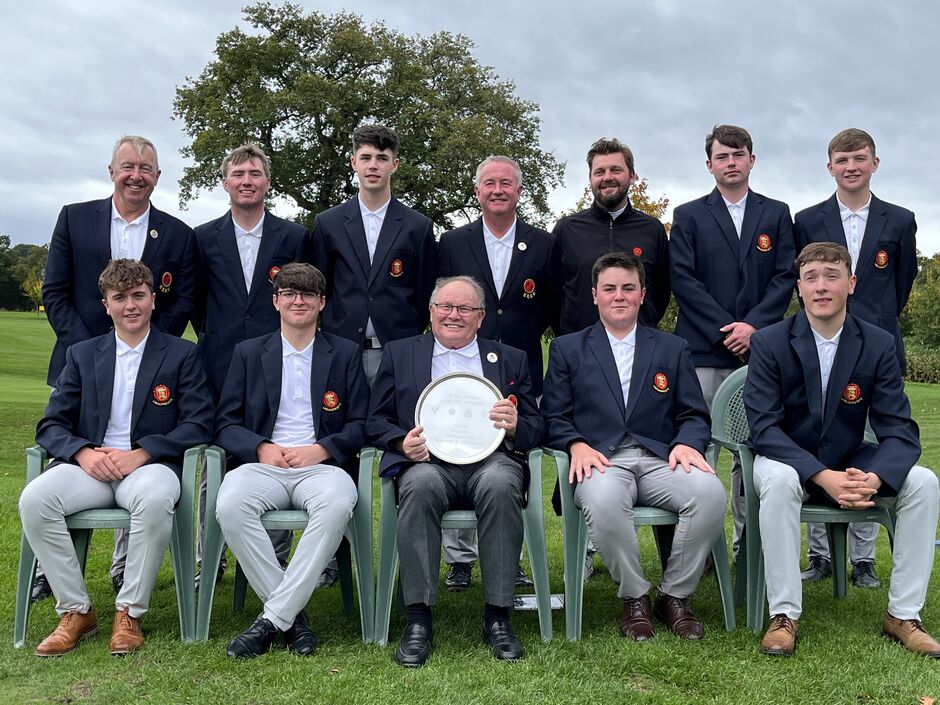 The Lancashire Boys Team were victorious in the annual Four Counties Tournament held at Eaton Golf Club in Cheshire on the 27th & 28th October. It was the 5th time in a row that Lancashire have won the Tournament which first started in 1973. The Tournament has included players such as Ian Woosnam, Sandy Lyle and Tommy Fleetwood to name but a few. After a closely fought 4-3 victory against Cheshire on Wednesday morning they followed it up with convincing wins against Nottinghamshire - 6-1, and Shropshire & Herefordshire - 5.5-1.5.  The 8 players are: Andrew Haswell, Joe Johnson, Tom Watson, Will McGhie, Noah Cambridge, Spencer Peel, Adam McLean & Jack Wallbank. Congratulations boys!